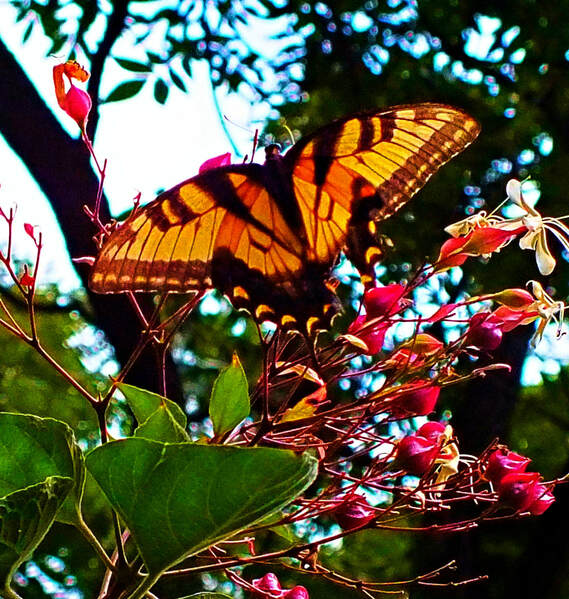 Your Beliefs Shape Your Reality

What Are Beliefs?Beliefs are your thoughts about how life is, or should be, or could be, codified into rules — rules that filter and shape your thinking about what is possible.  The main problem is that over time they turn into automatic rules that operate sub-consciously. Which means you become completely unaware of them, yet they still guide your thoughts and actions — much like being on auto-pilot.

The Origin of Your Beliefs

So how do we get our beliefs?  Where do they come from?

Some of them you created yourself based on your experiences and observations of the world.  They started out just as working assumptions about how parts of the world are, but over time they became hardened expectations which act like a lens and filter thru which you view and interpret the world.  The initial experiences that birth a belief I call "seed experiences" and I'll talk more about them and their role in the self-reinforcing nature of beliefs later in this article.

Although we do create SOME of our beliefs ourselves, many we simply adopt from others or are impressed upon us, by society.  We all absorb our culture's norms, but we often forget to question whether these are serving us — or limiting us.  The truth is, many of the beliefs that we adopt are disempowering and counterproductive, and we don't even know it.

Vishen Lakhiani, the founder of Mindvalley and author of The Code of the Extraordinary Mind , calls these limiting beliefs "brules," which is short for "bullshit rules."  In the short video below, which echoes much of the ideas expressed in this article, Vishen explains why these "brules" are so counterproductive, and how to begin questioning the unconscious, insidious limiting beliefs you may be holding and following blindly.

How and Why Do We Adopt the Beliefs of Others?

We take on beliefs from others by imitation and conditioning.  During childhood, we become indoctrinated via authority figures such as parents, teachers, priests, experts, etc. One of the psychological factors that encourages our adoption of beliefs offered by others is our deep-seated need to fit in and be accepted.  Because of this, there is a very strong bias to conform to both the beliefs and behaviors of our society.

Worse yet, we often become strongly identified with, and attached to our beliefs, regardless of their source. And for better or worse, we'll even tenaciously defend them and unwittingly pass them on to others, including our children. But it is important to note, as Vishen points out in his video, that your beliefs GOVERN how you think and act, but they are NOT YOU. You can UNINSTALL them and install new ones of your choosing, and this is exactly what you need to learn how to do if you want to excel and create the life of your dreams — more on how to do this later in the article.

Once you can see the patterns, beliefs, and systems that you are operating in changing them, upgrading them, evolving them, is entirely within your control.

— Vishen Lakhiani, The Code of the Extraordinary Mind

Do You Know What YOUR Beliefs Are?

Want to get a feeling for what some of your beliefs are?  Ask yourself some simple general questions and respond with whatever short statement comes immediately to mind.
Here are some examples from the best-selling book Infinite Possibilities by Mike Dooley.

Your answers to these questions are exposing your beliefs.  You might think that your answers are just objective observations of how things are, but they are much less so than you imagine.  And whether you know it or not, these beliefs are having a profound effect on how you interpret and respond to the world around you, and the experiences that you create for yourself.

Ruled By Your Beliefs

Your beliefs shape and constrain your thoughts and actions.  They act as a selective filter of what information you will accept or reject and they color your perception of the information that you do receive.  Your beliefs allow only certain thoughts to enter your mind, and disallow others, and since thoughts are creative, this constrains what's possible to manifest.  Thoughts that fall outside of what you believe is possible will not be entertained and thus CAN NOT be manifested.

Your beliefs don't just filter your thoughts they GENERATE them as well.  When your imagination kicks in, one of the things that determines what thoughts are spawned is your beliefs — they steer what you imagine for the future, and by the Law of Attraction what you imagine and think about is what you will attract into your life, for better or worse.  And for the average person, who is chock full of unconscious limiting beliefs and has a relatively undisciplined mind, what they will likely imagine is THE WORST, and hence attract exactly what they don't want!

This is why it's so important to CONSCIOUSLY choose your beliefs.  The golden rule for self-mastery of your beliefs — identify and release any that aren't serving you.  And any belief that doesn't expect the best and give you an empowering mindset probably isn't serving you.

Here's an example of how ones beliefs can strongly steer what arrives into ones life…
I have a female friend that has come to believe men are unethical and unscrupulous when it comes to relationships — that in general, they are untrustworthy.  She talks about this to me, and I suspect others, very FREQUENTLY — which is a dead giveaway of her underlying belief and that she's giving a lot of attention to this thing she doesn't like.  Which is a big mistake is you understand the Law of Attraction.

How did she get such a strong negative belief about men?  Apparently, she experienced a few bad relationships with men when she was young, which served as the "seed experiences" that spawned the belief.  And now, with her strong belief and frequent attention to this topic, surprise surprise, she seems to experience unscrupulous men far more frequently than the average person!
Her frequent focus and strong feeling on this subject makes it one of her most predominant thoughts and therefore, by the Law of Attraction, strongly attracts it into her life.  She thinks that her belief is simply a valid observation of men, yet little does she know it's actually attracting those same types of men and undesired relationship experiences into her life.  Clearly, her belief about men is not serving her highest interests.

The Self-Reinforcing Nature of Beliefs

Beliefs are like self-fulfilling prophecies — "seed experiences" birth a belief, or a belief is simply indiscriminately adopted from others, and if the belief is strong enough, it begins attracting experiences consistent with it, thereby validating and strengthening the original belief, and then even more powerfully attracting more of the same.

Your beliefs may have been birthed from your experiences, but they then take on a life of their own and DEFINE and CREATE what you experience!

Because of this self-reinforcing dynamic, our beliefs can get very strong and deeply entrenched.  We tend to become very convinced that our beliefs are justified, realistic, and valid.  This is one of the reasons that changing our beliefs is so hard.  The resistance to shifting to a new belief in the face of all the "apparent" evidence supporting an old belief is tremendous.  Simply understanding this goes a long way to helping you transcend your limiting beliefs.

A radical approach that makes changing your beliefs much easier starts with embracing a profound truth about the nature of reality — there is no absolute reality, all realities are generated by your thoughts and beliefs.  Therefore any thought or belief is no more or less realistic or valid than any other!  More about this later in the article.

The Importance of Mastering Your Beliefs

The importance of Beliefs in manifesting the life of your dreams cannot be understated — most people are unwittingly sabotaging their success by their limiting and disempowering beliefs.  When it comes to manifesting your dreams, your beliefs either permit or deny them!
To master your thoughts and Imagination, and therefore your life and destiny, you must first master your beliefs.

Steering Your Thoughts By Carefully Selecting Your Beliefs

Our minds generate a constant stream of thoughts, most of which we are barely aware of.  These unconscious thoughts make up the bulk of our daily thoughts, and so, by the Law of Attraction, they are potentially a powerful, attractive force.

Clearly we need to direct our thoughts more deliberately, but the problem is that they come thru our mind so quickly, and there are so many, that it's very difficult to monitor them.  This is where the power of deliberately selecting your beliefs comes into play.  By selecting beliefs that are aligned with the life of your dreams all your thoughts will automatically be ones that are consistent with creating those dreams, and the impossible task of policing your thoughts becomes unnecessary.

Because all of your beliefs are already installed, and many without any conscious participation, this leaves you in a position of needing to identify and review the beliefs, which you currently hold.  Once you identify your beliefs you can then decide whether they are in alignment with your dreams and desires, and begin the process of ridding yourself of the ones that aren't and replacing them with beliefs deliberately selected to support the attainment of your desires.

Read part two of this article » Change Your Beliefs To Reshape Your Reality.

More power to you,

Jeff
jeff@divine-cosmos.net
Have a question? Need advice or guidance?  I offer private counseling sessions.  Learn MoreIf you'd like to explore manifesting and Law of Attraction further consider these articles:Enjoy!