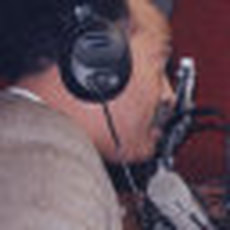 There are a number of questions that come to mind when the words think or truth are a topic of discussion. At some point, in life, one wonders if the information that has been acquired is actually true. In other words, have we ever learned how to true the data that is being presented to us by people and books that we believe? In fact, can truth be acquired, or accomplished, if belief is a part of the equation that is being used to factor what is to be understood. You! That’s Right You! The one who is reading this, find a mirror and then ask your-self, have I ever known how to ask of myself those questions that are critical if I desire to think for myself. Is it important to ask yourself what thinking is or do you already assume that you know? If you are sure that you know how to think, then the question becomes, how did I learn to do what I am doing. Maybe there was a class that you attended in school somewhere. Could you have been possibly told that thinking is a natural aspect of being alive? Are there different dimensions of thinking? Have you ever looked up the word think or truth (true) in the dictionary? If so in what way did you study the word? The average person when asked how to use a dictionary, finds the word then reads the definition. Younger students, in most cases, have not been taught to distinguish context and in a great number of cases will utilize the wrong definition. In order to better comprehend words you may need to analyze the origin of the word or its original concept.
The science of the study of word origins is called etymology and very few people know anything about how this is done. Private education considers the study of word origins as an essential to the education process. This discipline must be learned if one is to develop higher thinking capabilities. If one is to understand truth and what is or is not true that one must have greater intellectual capacities than what is considered to be The Average.
Those people who have chosen to settle for an average education wait on others to find out what is true and then come and tell the truth to them. Those who choose to educate themselves to a higher dimension of understanding are, usually, stringent keepers of secrets and are the people usually in control of how the average person lives out their existence.
Extraordinary Thinkers are in the superior category, average thinkers fall into what is called the inferior. Those people who are taught to be average are programmed about what to think and how to think. Extraordinary thinkers learn how to learn so that they will understand concepts and how conception is used to create ideas. General education trains average thinkers to know almost nothing outside of what someone teaches or tells them. The ability for an original thought is never developed. Please do not argue the exception because that is an argument taught to the average so that the work to become an extraordinary person will not take place. Most people are programmed to except mediocrity as a condition of life. When the very young first engage in the process of education, they usually sense that something is wrong and they attempt at some point to rebel. By the forth and fifth grades those who are in the situation where they are forced to attend average schools have become or are becoming angry but in fact are not aware of what is actually going on in their lives relative to feeling and emotions. Everyone is, at this point, born into a world that has already been constructed. Finding the contractors and developers of the premise can be quite an obligation of time and energy. The average will not spend time in an effort to attempt to unravel the falsity that has come to be believed as the true foundation or premise. It is not that average people do not want to think or that they will not do the arduous work that is required to find truth.
The truth and fact of the matter is that they have never had the opportunity to learn how to do what needs to be done. In the beginning, since the beginning is based on words, it is an imperative that average people start the process of learning the methodologies, techniques and strategies that can aid in mental development whereas the ordinary can become the extraordinary, powerful persons, that future generations must be if they are to survive.