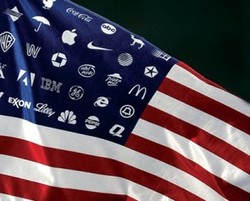 ​Corporatocracy and Our Toxic Beliefs


​By Fatima Bacot
Guest Writer for Wake Up World
As we progress into 2014, numerous global crises are revealing (more than ever) a sickening corporatocracy that railroads, lies, subverts and legislates to guarantee profit, power and privilege for ‘the few’ at the expense of humanity and the Earth. 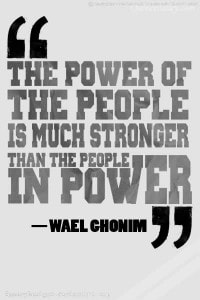 Corporatocracy employs continual warfare, be it pre-emptive, false-flag, illegal or otherwise, including; the killing of millions of people through wars, extra-judicial assassinations, poverty, violation of personal data through global surveillance networks, rigged financial markets, premeditated government shutdowns, currency wars, corporate media spewing endless propaganda and spin, increasingly brutal police crackdowns, ‘trade’ agreement coups (manufactured in secret), and the silencing and criminalization of journalists, boycotters, whistleblowers and dissenters.
The embezzling, elitist cabal steers “the system” toward its own personal agenda: naked power. Whilst the majority of their actions are legislated, they are destroying ecosystems and poisoning our food, water and bodies. Meanwhile, we are corralled and controlled into staying silent, paying taxes, funding corporate bailouts and subsidies, and voting to give government the consent that legally ‘legitimizes’ their rapacious partnerships with the Corporatocracy.
Critically though, now-exponential disclosure of numerous tipping-point crises are ‘shocking awake’ many people into more deeply understanding our inherent interdependence for livelihood and wellbeing, and what it means to have our lives in the hands of the thieving and trashing runaway train.
Although we can ‘follow the money’ and see the heavily cross-pollinated connections between oligarchs and their toxic marriages with governments and banks worldwide, it is crucial that we step beyond this level. An empowered awareness involves the deeper recognition now of what is also the collective allowing thereof. In evaluating the allowing, we might subsequently discover and recover the power, sovereignty, freedom and rights we have willingly handed over to the Corporatocracy.
Holding the Mirror to Our Toxic Beliefs
Correspondingly, if we are to fully pivot ourselves into a more conscious and participatory evolutionary trajectory, we must recognize the toxic unsustainability of our most cherished belief systems and behaviors, both personal and collective, and how, by cherishing them, we are consensually co-creating (albeit inadvertently) these crises. Until now, not enough of us have understood the terrifying mirror that our environment, politics and science, for example, represents in relation to our most cherished beliefs, and the behaviors that arise out of such beliefs.
We may be startled to recognize that certain of these most cherished beliefs (and their related traditions and ideologies) keep us in blame or abdication, separate, disengaged, distracted and – most damaging – feeling victimized, powerless and hoping to be saved by some agency outside of ourselves. Something or someone other than us – like government or God, a neighbor or an activist – who will ‘set things right’.
In holding a mirror to our disengagement and our hopes to be rescued, we may discover that not enough of us have truly valued ourselves, each other, our environment, our rights or our bodies – at least not enough to say ‘No’ and to take action with respect to the runaway train.
Importantly, as alternative media, activists and whistleblowers continue dealing one blow after another to the manipulations at large, and the corporate crises get larger and more obvious, the cabal are inadvertently also spotlighting our enormous, ideologically-sanctioned surrender of mass personal and collective power to ‘the authorities’ at large – be it spiritual, political, economic or scientific surrender.

Consciousness-Raising Beyond Toxic Belief Systems
What we don’t value gets trashed. What we don’t actively choose, gets chosen for us. We have to ask ourselves how much more degradation, demoralization, death, humiliation and rape of our planet’s resources we will continue to accept in our names?
This a matter of personal and collective dignity.
Attention needs to be centered not only on highlighting the destruction, or on attributing blame, but on consciousness-raising and educating, helping others reach the illuminated moment (or series or moments) that triggers them into their dignity, pride, self-respect, power and personal responsibility for our personal and collective liberation. It’s a seismic shift from victim-consciousness into empowered-consciousness that extends outward to include collective liberation and a positive contribution to our potential future. It enables one to say ‘enough’ to the trashing, to stand up, and to imaginatively forge other ways forward.
In the midst of our apocalyptic hopelessness, apathy, despair and perceived helplessness, we are being thrashed awake into action. To meet the next creative, evolutionary level – beyond the systemic trashing of our planet – we have to meet the moment with our awakened, overhauled selves, and choose to stop being mere spectators. Humanity must get off its knees faster now, and move beyond beliefs and systems/institutions that clearly no longer work, or that can no longer be relied upon. Our other option is to remain paralyzed, docile, in denial, looking the other way and ‘asleep at the wheel’ of our current circumstances and of our personal and collective destinies.
Enacting one’s dignity can be as unique as we are. It can take the form of highlighting corporate violations through documentary, film or photo; joining online or grassroots organizations; whistleblowing, books and journalism; blogging, hacking, social media activism, boycotting, petitioning, alternative media, radio, TV and news channels; occupying, demonstrating, documenting and standing up to governments, corporations and police/military personnel; focused prayer, healing and intent, positive thought and emotion; involvement with government, non-violent communication organizations, trade groups, NGOs, think-tanks at strategic and legislative levels….
There are many ways to be engaged…. if it matters enough.
Clearly, the trashing of ourselves and our planet will continue until enough individuals break through into dignity; until personal and biospherical respect becomes important enough to say ‘No’ to what is being done in our names and with our resources.
A Mythic Moment
This is a mythic moment, and the Corporatocracy is (inadvertently) forcing breakthrough and awakening amidst its killing, abuse, infringements, spying, drones, desecration and rape of everything and everyone. The moment now ruthlessly demands what we are made of. It demands we examine the stories we tell ourselves about our imagined powerlessness, victimization and hoped-for salvation by outside agencies. It confronts us into the discomfort of facing and transforming ourselves, of overhauling internalized, enshrined victimization, and of steering our ship away from its current destructive trajectory to a new unknown path.
What really matters and what do we really value? Can we forge the personal dignity required to draw sustainable lines and boundaries?
These tipping-points are beckoning for a humanity that is caring, connected and mature enough to consciously step into a more responsive, responsible social role…. lest the runaway train destroys us all.
Updated September 2014
About the author:
Fatima Bacot is an Australian Metaphysical Teacher with a deep interest in activism, politics and global finance matters. Her work has reached clients in 13 countries, spanning over 20 years. She has a blog, “Diamond Blog”, where she covers all manner of subjects related to the evolution of human Consciousness.