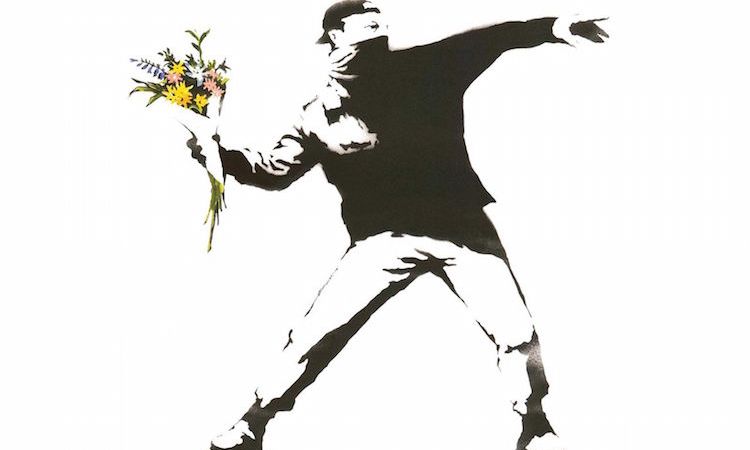 The 4 Greatest Enemies of the State

“It’s no measure of health to be well-adjusted to a profoundly sick society.” ~Krishnamurti

Any system that forces its people to breathe polluted air, drink polluted water, eat polluted food and then continue to do all the things that causes that pollution is a profoundly sick society.

It is in this fundamental way that human wellbeing itself has become the enemy of the state. Statism only functions with unhealthy, divided individuals. It cannot continue if people are healthy and connected. In short: statism fails when enough people achieve a sense of wellbeing despite it.

Freedom is the enemy of the state:“State is the name of the coldest of all cold monsters. Coldly it lies; and this lie slips from its mouth: ‘I, the state, am the people.’” ~Nietzsche

Have no illusions, the curtailment of human freedom is the state’s business. At every turn the Goliath of the state rears its ugly head, checking the free movement of otherwise free individuals. It’s a monstrous Hydra of overreaching power, hellbent on keeping its people controlled, corralled, and contained under the illusion of security and safety, and under the rampant delusion of law and order.

No nation-state on the planet is genuinely free. All are falsely and insincerely “free.” They are only ever “free” inside the unhealthy box of their conditions. Therefore, they are not free. True freedom is allowing the free movement of people and allowing people to govern themselves under the guidance of the golden rule and the nonaggression principle.

So what is a free-range human to do in the face of such a monstrosity? Become David against Goliath. Become Heracles against Hydra. Become a well-armed lamb contesting all votes. Become lionhearted despite all cowards.

But before that, you must check yourself. You must become free. If you are not free, then you cannot be heroic. You must be free in order to gain the type of courage necessary to become. Full stop.

The golden rule is the enemy of the state:“Live simply so that others may simply live.” ~Gandhi

If freedom is the foundation of the golden rule, then consent is its backbone. Without consent there is only rape. Lest we allow rape, consent is paramount.

In order to be a healthy, responsible, moral, and just human being, you must allow others to give their consent. Otherwise, you are violating the golden rule.

Bottom line: if your values are based upon violating the golden rule, then your values are immoral, unjust and unhealthy.
Nonviolence is the enemy of the state:“An eye for an eye makes the whole world blind.” But “When there is only a choice between cowardice and violence, I would advise violence.” ~Gandhi

Nonviolence is the enemy of the state because the state’s solution to all problems is violence. When its citizenry comes up with nonviolent solutions it makes the state obsolete. But the state will always fight to maintain its overreaching power and control. So, in order not to become obsolete, it must maintain its violence.

The flip side of this coin, however, is self-defense. The people must also wake up to the fact that they alone must defend themselves against violence. Whether that violence comes from an individual, a group of individuals, or from the state. The only time when violence is morally correct is in self-defense.

This can become a tricky psychological briar patch. But, basically, offensive violence is unhealthy and immoral (tyranny), whereas defensive violence is healthy and moral (justice). As Albert Camus said, “Absolute freedom mocks justice. Absolute justice denies freedom. To be fruitful, the two ideas must find their limits in each other.”

Peace is the enemy of the state:“Never relinquish your ability to doubt, reflect, and consider other options –your rationality as an individual is your only protection against the madness that can overcome a group.” ~Robert Greene

If wellbeing, health, freedom, the golden rule, and nonviolence are all the enemy of the state, then what does that tell you?
Feel free to lose the wrestling match between your higher reasoning and your cognitive dissonance. I’ll wait here…
The bottom line is this: War is the only way any nation-state maintains itself. And yet love (peace, compassion, freedom, justice) is the only way humans can progressively evolve in a healthy way.

The state is always at war—with itself, with its citizens, with other states. There is no way out of its net of covert violence unless you leave it behind and become a free-range human. In order to be a lover of humanity one must become an enemy of the state.
The realization that in order to be a healthy, moral, and just human one must become an enemy of the state, is a tough pill to swallow. It’s not for the faint of heart. It will take counterintuitive reasoning to fully fathom it. It will require you to think outside of whatever box you’ve been conditioned to think inside of for most of your life. It will force you to unwash the brainwash. It will involve reprogramming your programming. It will demand that you question the profoundly sick society you were born into.

Most of all, it will require audacious courage in the face of comfortable cowardice. But, as Ralph Waldo Emerson wisely stated, “A man is to carry himself in the presence of all opposition. I ought to go upright and vital and speak the rude truth in all ways. Your goodness must have some edge to it—else it is none.”

.ABOUT THE AUTHORGary ‘Z’ McGee, a former Navy Intelligence Specialist turned philosopher, is the author of Birthday Suit of God and The Looking Glass Man. His works are inspired by the great philosophers of the ages and his wide awake view of the modern world.
This article (The 4 Greatest Enemies of the State) was originally created and published by Waking Times and is published here under a Creative Commons license with attribution to Gary ‘Z’ McGee and WakingTimes.com. It may be re-posted freely with proper attribution, author bio, and this copyright statement