​The 7 Habits of Highly Ineffective People 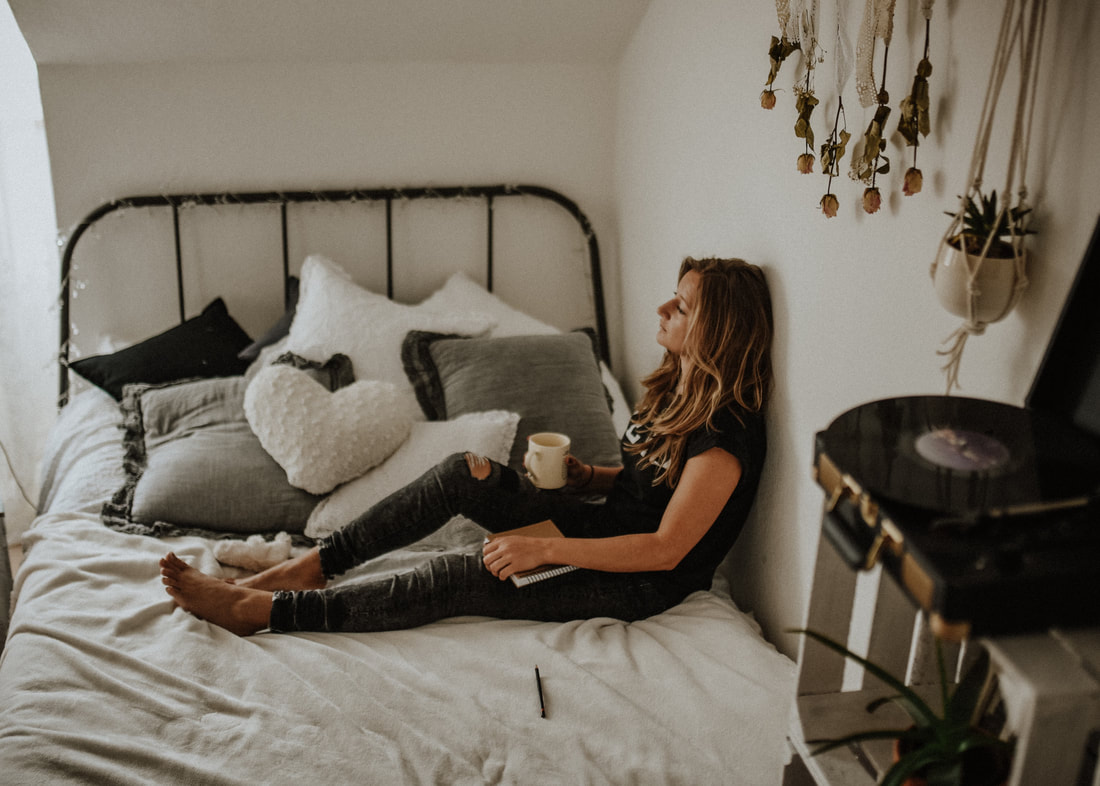 Photo by Kinga Cichewicz on Unsplash

I have a simple philosophy in life I’ve learned from people much smarter than me. That is, watch the people you don’t want to be like, and do the opposite of what they do.

I’m not trying to be a dick, but I have more than enough examples to last a million lifetimes. Let’s call a spade a spade. Masses of men and women are highly ineffective. I think they’re good people with good hearts, but I don’t want to be like them at all. Being like them was always one of my biggest fears.

And I was like them at one point. I’m no saint. I’ve screwed up more in my life than I’ve been productive. Fortunately, you don’t need to be productive for a super long time to succeed and once you start being effective, the past tends to fade away no matter how long you spent being ineffective.

So the good news? You can change.

The bad news? The odds are stacked against you.

The best route? Instead of trying to figure out what to do, focus on what not to do, starting with these habits that practically guarantee you’ll fall short of your own expectations.

Anyone who says they “want to stay informed” is an ineffective person — and they’re also ill-informed because the news is a massive psyop designed to misinform.

If you had a ton of positive things going on in your life — career, business, health, networking, etc — you wouldn’t have time to be obsessed with the news.

I don’t even avoid the news on purpose anymore. It’s so far down the list of my priorities that it might as well not exist
.
The effectiveness equation makes no sense. Where is your focus more effective? Focusing on changing yourself as an individual? Or trying to change the world?

Not only is it not useful to be obsessed with the news and mainstream media, but it’s also counterproductive and sucks your energy. War, rape, kids dying, shootings, stabbings, political fighting.

How could you be in an effective ‘go-getter’ mood if you spent a bunch of time focused on subjects like these?
Almost 100% of the people I’ve observed who are obsessed with the news in politics have the following traits:The important stuff will get to you. Trust me.
Focus on yourself.

Focus On the Wrong Parts of Projects“Let go of the thing that you’re trying to be (the noun), and focus on the actual work you need to be doing (the verb).” — Austin Kleon

There are two ways to go about projects like writing, shooting YouTube videos, starting a business, whatever it may be.Person B always wins.

Entire businesses have been built on scouring LinkedIn, setting up simple landing pages, blogs, and online stores. No need for the fancy window dressing to be successful.
​
I notice often that people who are beginners at something but have good production and packaging almost always fail. Perfectionists get the least traction. Those who dive in and ‘just do’ tend to win.

Photo by Marvin Meyer on Unsplash

​Worry About Dumb S***“Remember, you alone get to choose what matters and what doesn’t. The meaning of everything in your life has precisely the meaning you give it.” — Marc and Angel

You’re too short. You’re too tall. You have no money. Your parents didn’t hug you enough. You don’t have the resources and network to be successful. You’re any other category than a white male. You feel unfairly chastised for being a white male. You’re left-handed. You live in a small town. You have a rare toe disease.

So what if you start behind others on your race in this life? Are you just going to quit? I have a little joke I tell when people complain to me about their super-unique situation. I tell them

“Okay, dude, you’re right. Just quit. I dunno what to tell you.”

That joking response is the only appropriate response to those feelings. You’re fine. You can do it.

It’s 2020. Thanks to internet access, the playing field is more than level enough. Stop listening to the snowflake brigade — yeah, I said it. Win regardless of your situation.

Fall in Love With “The Muse”“The sure sign of an amateur is he has a million plans and they all start tomorrow.” — Steven Pressfield

Once you understand life is a game of momentum, you’ll understand how to be successful. Stopping and starting all the time not only makes you ineffective, but it makes it harder to start each time.

I see this with writers all the time. They wait for inspiration to strike. Sometimes it does and they do write something amazing, but then they take a long break only to find they can’t replicate that success.

Almost everything in life can be analogized to the gym.

You could work out every day for a year. Stop working out for a few months and you lose a bunch of that progress. Sure, you retain some, but you can’t go lift the same weights you used to be able to when you start again.

I talk about finding your strengths ad absurdum for a reason. The more you like something and the more talent you have for it, the more likely you are to stick with it. I’ve had some success with writing for one simple reason. I never stopped.

People who start and stop all the time are like people who buy and sell investments because the price goes up and down. Great investors buy and hold.

You have a ton of ideas, hobbies, and projects. You try them on and off for weeks or months at a time, but nothing sticks.
Living like this causes frustration and makes you never want to stick with anything. You build an identity as a person who never sticks with anything. But you can break out.
​
Make it 90 days first, doing your ‘thing’ daily. Then 6 months. Then a year. After 24 months, you’re unlikely to quit. 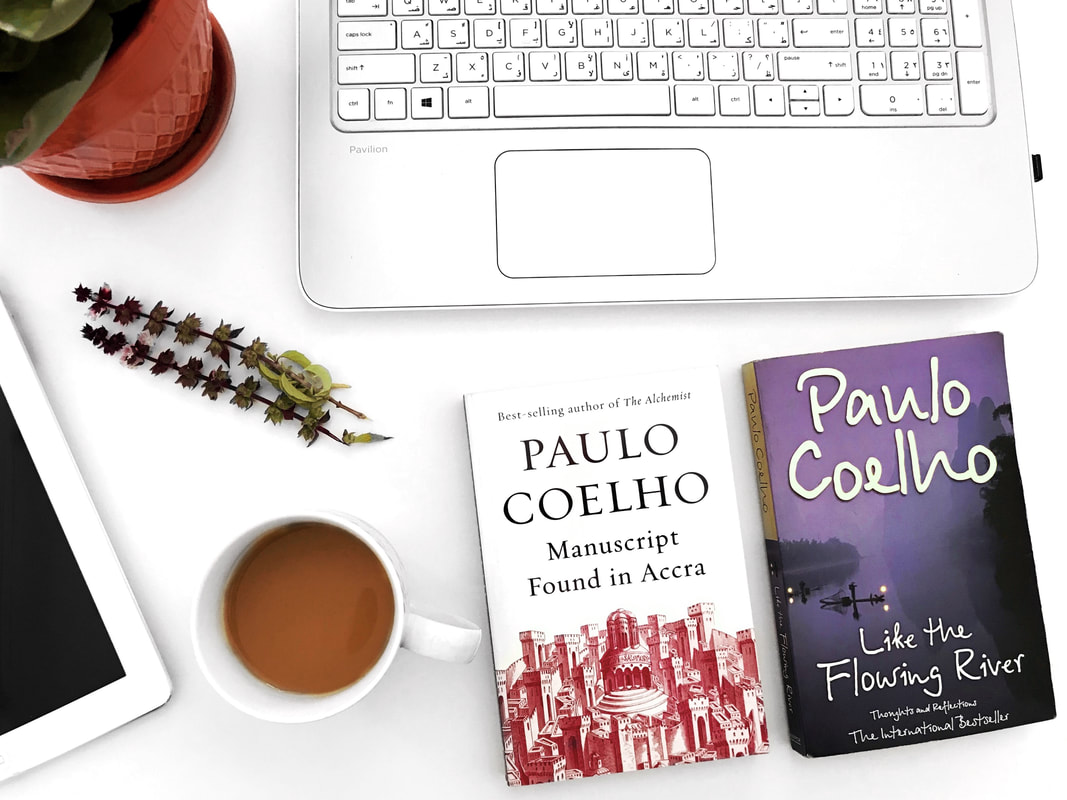 Photo by Vandan Patel on Unsplash

This Might Be the Worst One ‘How much time he saves who does not look to see what his neighbor says or does or thinks.’— Marcus Aurelius

One thing I’ve noticed is how much people bond, or even get upset over, the accomplishments of other people.
In conversation, they talk about their favourite sports teams, T.V. shows, movies, restaurants, etc. — things other people worked hard to create and perform.

Or on the negative, they’ll hate on people they don’t even know. I love using the Kardashians as a Rorschach test. If you have too strong of an opinion on them, you’re weird. Why do you care what they’re doing?

This theme about overly caring about what other people do works both macro and micro, from celebrities to gossiping about people you know in real life.

Similarly to what I said about the news, I just don’t have the energy to prioritize what other people are doing. I’m not trying to not care, I just don’t care by default as a byproduct of focusing on my own mission.

Focusing on what others are doing distorts your view of reality. From envying people who curate the best of their lives on social media to wishing you got the same lucky breaks as others, to even something seemingly positive like identifying too heavily with your favourite celeb or sports team, you’re sending subconscious signals that your own life is of the least importance.

The more you focus on yourself, your mission, your habits, your outcomes, etc, you don’t even have to try to stop being ineffective.
It just happens.

“Have Fun”A certain level of escapism is good and necessary.

After a long day where my brain is engaged, I’m stressed over piecing together the moving parts of a project, and I just don’t have any creative energy left, I will zone out with some T.V.

I go out for drinks with friends. I shoot pool, bowl, throw darts, and plenty of other ‘normal’ activities. I’ll even smoke some weed on occasion (which makes the movies more fun to watch).

I’m not a self-improvement robot. I make time for fun and for purposeful escapism. So what’s the difference between my escapism and the escapism of most people?

Most people use escapism constantly because they can’t handle their lives. They use it as a coping mechanism. If you have to do a certain activity then you’re a slave to it.

If you have to go out and drink every weekend and you’re above the age of 25, you have some emotional issues to deal with. Watching T.V. from the second you get home until you go to bed every single day is a sign you’re trying to numb yourself enough to make it to the next day.

It’s never the activities in and of themselves, but the reasons you’re doing them.

I used to hedge and not allude to the idea that people are using escapism to run the clock out on life, but this is exactly what they’re doing.

Your behaviour tells me everything I need to know about you.

You can tell me you’re happy and content all you want, but the things you actually do make it obvious whether or not that’s true.
​
Again, I never actively tried to reduce these activities. The mission supersedes them. 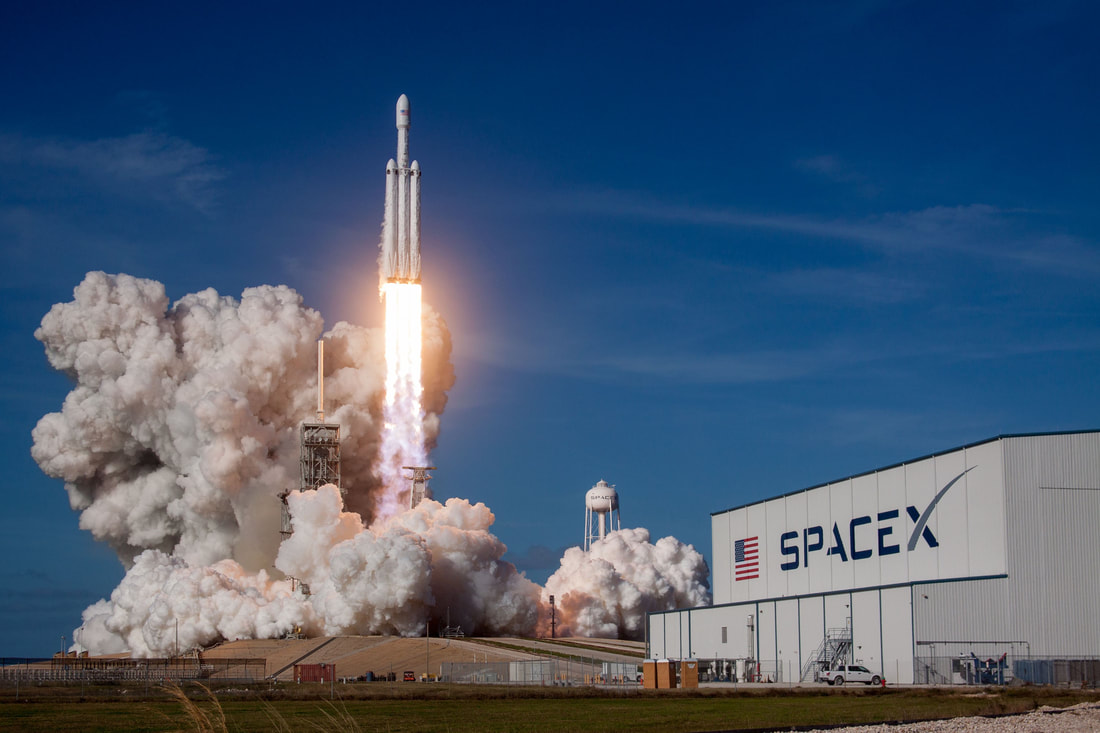 Photo by SpaceX on Unsplash

Ineffective people don’t just admit what they want from life and decide to go get it. They lie to themselves.

Here’s the thing about lying to yourself, though. As much as you’re able to bury your dreams into the recesses of your soul, you still know they’re there. And the more you try to repress your feelings, the worse off you’ll be.

Society is so messed up simply because people are lying to themselves. That frustrated energy has to go somewhere. And you see it manifest in many ways — some quite nasty.

You know what you want to do with your life, deep down, but you’re just not doing it.

Ineffective people think themselves into insanity and build this gigantic pile of rationalizations to cope with life. This is about you.

I don’t know you personally, but I’m pretty good at reflecting your emotions back at you.

Why? Because we’re mostly the same.

We mostly have the same basic dreams and most of us are ineffective at getting them.

Why? We’re stifled, repressed, and afraid
.
I see all of this creative energy and people but it’s locked up. We live in a culture where you’re shamed for wanting to crawl out of the crab bucket. Fuck those crabs. My life got infinitely better when I decided I wasn’t going to let the opinions of crabs hold me back from doing what I want to do.

I want to build wealth, have tons of fans, travel the world, find spiritual enlightenment, make my local community better, develop an elite level network and relationships, and a list a mile long of other goals.

Not only do I want these things, but I’m going to get all of them without an ounce of shame.
​
Not only is it okay to want to win. It’s the prerequisite to winning. You have to decide to live a better life. Once you do, you’ll be more effective than you could ever imagine.

Ayodeji is the author of Real Help: An Honest Guide to Self-Improvement