​Has Drug-Driven Medicine Become a Form of Human Sacrifice?

Benjamin Rush accurately foretold a grave possibility facing Americans today, namely, that the art and science of healing be restricted to a select class of allopathic physicians, who have the sole legal right to recommend and administer medicines, and whose pharmacopeia excludes – as a matter of principle – all the healing foods, vitamins and herbs which have been used safely and effectively for countless millennia in the prevention and treatment of disease.
We have entered an era where medicine no longer bears any resemblance to the art and science of healing. The doctor no longer facilitates the body’s innate self-healing capabilities with time, care, good nutrition and special help from our plant allies. To the contrary, medicine has transmogrified into a business enterprise founded on the inherently nihilistic principles of pure, unbridled capitalism, with an estimated 786,000 Americans dying annually from iatrogenic or medically-caused deaths.*

Turning Disease Into Gold With The Drug-Based Printing Press 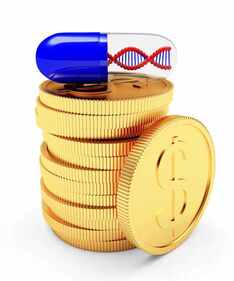 ​Many modern diseases are, in fact, created by fiat (not unlike modern currencies): age-old symptoms of nutritional deficiency or chemical poisoning are repackaged and renamed in Latin and Greek as would-be monolithic disease entities, and subsequently rolled out to the consumer as new markets; each disease representing a veritable gold mine of “treatable” symptoms; each symptom providing justification for the prescription of a new set of patented, toxic drug-commodities.
The “medicines” themselves are often devoid of intrinsic value, being nothing more than rebranded and re-purposed chemicals, intended (though all too often failing) to be administered in sub-lethal concentrations. Indeed, many of these chemicals are too toxic to be legally released into the environment, and should never be administered intentionally to a human who is already sick. You need look no farther than a typical drug package insert to find proof that the side effects of most drugs far outnumber their purported beneficial effects.
These chemicals, in fact, are so highly leveraged against their true value (or lack thereof), that they can sell for as much as 500,000% from cost! For example, this chemo drug costs 4,000 times more than gold by weight. Only medical/pharmaceutical and financial institutions (e.g. Federal Reserve) are legally empowered to generate the illusion that they are creating something of value out of nothing of value, on this scale. This manipulation of perceived value, which is the basis for the global dominance of the drug-based medical model, is not unlike how financial institutions created toxic derivative products (e.g. Credit Default Swaps), essentially creating the illusion of financial wellbeing and prosperity, at the very moment that they were planting the seeds of death within the global economy; ruining the lives of countless millions in the process.
If this degeneration into quackery and snake-oil salesmanship which is modern drug-driven medicine were simply a lesson in what bad things can happen when health care is no longer a basic human right but strictly a profit-driven commodity, perhaps Americans could find it within themselves to once again free themselves from the shackles of oppression. After all, do we not consider ourselves the very originators of freedom, independence and democracy Have we not such great faith in these principles that we practically trip all over ourselves (crushing entire countries as we fall) in our Promethean effort to export these values overseas whether we are invited to do so or not? Would we stand for less, when it comes to our own health freedom?
Sadly, the “undercover dictatorship” Benjamin Rush foretold is not simply a homegrown one we can root out from the inside, as it were. Although the American Medical Association (AMA) and the Food and Drug Administration (FDA) behave as if they are at the top of this pyramid of power relations, they serve far lower on the hierarchy. While the government of the United States and American corporate lobbying groups may appear to be behind the FDA’s shameless pandering to the interests of the drug companies, transnational corporations and organizations — and a hand full of elite governing them — are in fact pulling the strings.


The United States no longer enjoys global economic and cultural hegemony. We are now embedded in an international playing field where multinational and transnational organizations like the drug company Pfizer, or the World Health Organization (WHO) and the World Trade Organization (WTO), have power and influence that overshadows the US or any other particular government or nation-state. These larger organizations blur the divisions traditionally drawn between public and private institutions, insofar as their agendas and mandates are consistent with global economic imperatives which do not account for the self-proclaimed sovereignty of any particular nation-state’s constitution or laws above its own.
For example, the United States may soon no longer be able to allow the over-the-counter sale of many dietary supplements, due to our membership in the World Trade Organization and its ratification of the Codex Alimentarius. We already have prescription-only-vitamins on the US market, and a very dangerous precedent has already been set with the criminalization of herbs like cannabis, and more recently ephedra.

Pharmageddon: The Death of Natural Medicine

What is so remarkable about the present state of affairs, is that it may have been predicted long ago, as evidenced by this passage in Revelations:
“At the end of times the merchants of the world will deceive the nations through their Pharmacia.”
(sorcery) – Rev 18:23
Some believe we are now on the precipice of a medical end-of-times or “Pharmageddon,” if you will, where medicine is no longer directly associated in any way with healing, rather, is a form of mass control and a highly organized means of defrauding the public of both its wealth and health, simultaneously.
After all, is there any greater absurdity than a medical model that treats the symptoms of disease with sub-lethal dosages of toxic chemicals and in which there is no attempt to uncover, understand or remove the causes of those imbalances?
After all, what disease has ever been found to be caused by a lack of a drug?
Is acid reflux caused by a lack of proton-pump inhibitors?
Is heart disease caused by a lack of statin drugs?
Is osteoporosis caused by a lack of Fosamax?
Is cancer caused by a lack of chemotherapy?
Is depression caused by a lack of Paxil?
Absolutely not! Then why would anyone consider it sound practice to use potentially toxic chemicals as a first-line treatment for conditions that are not caused by a lack of a chemical? To the contrary many diseases are caused exactly by culminative exposures to chemicals that not unlike drugs are biologically alien to the body. i.e we are treating poisoning with poisons!
Can we dignify this approach by calling it medicine? Or, is it more accurately described as a form of sorcery? 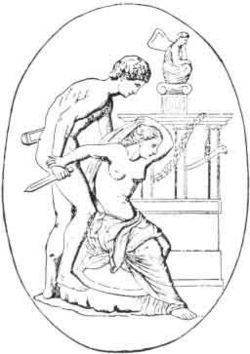 The sole reliance on Pharmaceuticals reveals quite a lot about the largely subconscious agenda underpinning modern medical practice. The Greek word Pharmakon has a wide range of meanings, with “drug” being the most widely recognized one. But the root of this word usage goes back much farther:
“A Pharmakós (Greek: ????????) in Ancient Greek religion was a kind of human scapegoat (a slave, a cripple or a criminal) who was chosen and expelled from the community at times of disaster (famine, invasion or plague) or at times of calendrical crisis, when purification was needed.” [Source]
The sacrificial dimension of the Pharmakós carries on in the nostrums and potions later named after this ritualistic object:
“The term “pharmakos” later became the term “pharmakeus” which refers to “a drug, spell-giving potion, druggist, poisoner, by extension a magician or a sorcerer.”A variation of this term is “pharmakon” (????????) a complex term meaning sacrament, remedy, poison, talisman, cosmetic, perfume or intoxicant.” From this, the modern term “pharmacology” emerged,” [Source]
Calling pharmaceutically-based medicine sacrifice-based, is not just metaphor. Animal sacrifice, in fact, undergirds the entire evidence-based model of drug development and testing, requiring millions of animals be tortured and destroyed every year. In juxtaposition to Ayurveda, traditional Chinese medicine and countless other traditional, nature-based medical systems, which used living, healthy bodies as the model for preventing and treating disease in the sick, Western medicine took another, quite radically different path in an obsession with pathology.
The karma, if you will, of this divergent path often leads patients, especially later in life, to be cut open themselves on an operating table, or poisoned to death, with the very same chemicals and procedures that the animal testing once done in their name, justifies.
The reality is that medical practice, and the science that informs it, is as much mythos as logos, and one no longer has to look to religion for the absolutist claim to truth. Medical science has laid claim to the body in the same way that religions once laid claim to the soul. The physician today — albeit a glorified “applied pharmacologist” — has become the “priest of the body,” capable of influencing the course of life or death by the quality, or combinations, of nostrums (s)he is able to apply to the problem (i.e. patient) at hand.
Just as monotheism depends on there being “one God,” modern medical science depends on the “evidence-based” concept that there is one truth, and one right way to apply it. This, by implication, gives absolute power to those who would claim to know the difference.
Given these circumstances confidence in the safety and efficacy of natural substances in the prevention and treatment of disease has not only waned, but the positive association between food and healing has been outright denied by medical authorities. It is illegal for non-doctors to make health claims for natural substances even if thousands of years of use in folk medicine and a vast emerging body of scientific research now confirms their benefits. You can’t say cherries cure gout even if its true. (truth is no longer the criteria that decides what you can or cannot say).
I started the website GreenMedInfo.com in August 2008 in order to provide free and convenient access to the massive amounts of research that have accumulated on the health benefits of natural substances over the past 50 years. The government database known as Medline (which is freely searchable) contains over 32 million biomedical citations from over 5,000 scientific journals, many of which focus specifically on the therapeutic action of foods, vitamins and spices on serious, even life-threatening disease.
I believe that it is only through the free, uncensored and democratic dissemination of health information that we can secure our health freedom and through speaking truth to power, expose the fraud which is strictly profit-driven pharmaceutically-based medicine.
Feel free to explore the ~ 70,000 + biomedical citations posted on GreenMedInfo.com that vindicate the safety and efficacy of natural substances in the prevention and treatment of disease. View the Research Dashaboard here.
​Recommended Articles by Sayer Ji:

​Sayer Ji is the founder of Greenmedinfo.com, a reviewer at the International Journal of Human Nutrition and Functional Medicine, Co-founder and CEO of Systome Biomed, Vice Chairman of the Board of the National Health Federation, and Steering Committee Member of the Global Non-GMO Foundation.
© 2020 GreenMedInfo LLC. This work is reproduced and distributed with the permission of GreenMedInfo LLC. Want to learn more from GreenMedInfo? Sign up for their newsletter here.