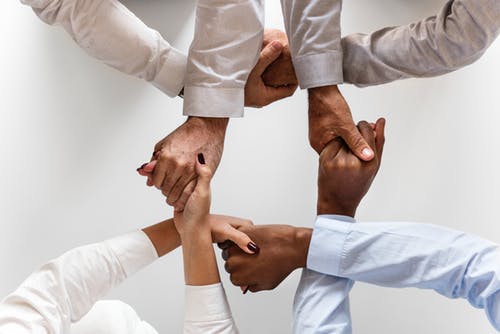 A BLACK PERSPECTIVE ON RACISM

Thus, literally form the cradle to the grave, the Black family is threatened by the specter of racism. It is true, of course, that many families escape the worst features of oppression, it is also true that many families have shown an amazing ability to survive, conform, and achieve in the fact of impossible obstacles. Still, when compared with white families, Black families are systematically assigned inferior status, position and opportunities.
Racism is deeply imbedded within the institutional fabric of American society. All the major institutions including the political, economic, educational, social, and others have systematically excluded Black people in varying degrees form equal participation in the rewards of these institutions. None of them works as effectively in meeting the needs of Black families as they do white families. The keys to the enhancement of Black family and community life are therefore institutional keys. These major institutions of the wider society must be changed so as to more adequately reflect the existence, the needs and the contributions of Black people.

External strategies of reform are aimed at this kind of institutional change. Several elements are necessary. First, the very conception of the purpose of all these institutions must be expanded to include specific recognition of Black people as a substantial element should be changed to incorporate Blacks at every level including policy making, executive, administrative and operational levels, as customers, clients, and constituents on equal footing with white people.

The responsibility for this massive inclusion must rest with the institution themselves, and not with Black people. But to say the white people of power, influence, and privileged must take the initiatives in these areas is by no means to call for unilateral action. We argue instead that these white institutions must make the initial move toward incorporating Black people into themselves, if Black efforts to overcome racism and establish economic viability are to be more successful.
**published The Shreveport Sun; Shreveport Louisiana
​

EDWARD DIXON, B.S., J.D.
Has had extensive health related experiences and exposure in a broad range of areas, including but not limited to marketing, health law, biomedical research and health related demonstration projects.
He has served as Project Director on three (3) state supported health related grants, (1) The Coalition of African American Denominational Leaders of Louisiana, Inc., Health Promotion and Disease Prevention Project, and (2) Alternative Addiction Treatment Concepts, Inc., Acupuncture/Alpha Theta Neuro Biofeedback Demonstration Grant (3) The Memphis Affiliate of Congress of National Black Churches, Inc.’s Faith-Based Alcohol and Other Drug Education/Access Grant. He spent three (3) years as a research biochemist at the National Institutes of Health. He has taught, Law and Medicine  at Loyola University, School of Law (New Orleans) and Southern University School of Law (Baton Rouge): and the Legal Aspects of Health Care Administration at Tulane University, School of Public Health and Tropical Medicine, New Orleans, LA and Howard University, School of Business and Public Administration, Washington, D.C..
He has served as lobbyist and Medical Legislative Assistant for the National Medical Association.  Served as Health Law Specialist for the National Commission for the Protection of Human Subjects in Biomedical and Behavioral Research.  His management and administrative experience includes serving as President/CEO of several of his own companies, Health Research Systems and Services Inc.; Alternative Addiction Treatment Concepts, Inc.; and Church Health Services Organization.  In addition, he has served as Executive Director of three (3) Legal Services Corporations, and an Economic Development Corporation.  His marketing experience includes, sales representative for a pharmaceutical company (Ayerst) and a scientific products company (Matheson Scientific).  He has often been invited to speak on health related issues.  For many years he has been an advocate and spokesman for faith-based (1) health promotion and disease prevention programs, emphasizing health screens and positive life style change programs (exercise, nutrition and smoking cessation), and (2) mental health and substance abuse prevention, treatment and rehabilitation programs.  His faith-based experience includes; (1) eleven (11) years as General Counsel for the National Baptist Convention of America, Inc., and the conventions’ State Convention and (2) fifteen (15) years as member of the Board of Directors of the Congress of National Black Churches (representing the National Baptist Convention of America, Inc.)