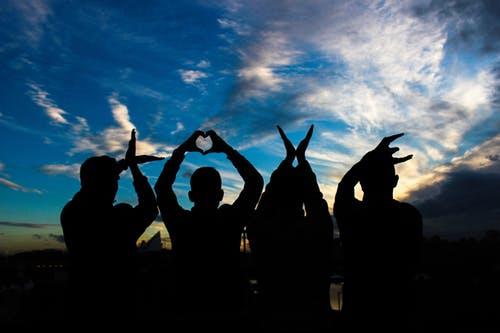 No Excuse For Abuse ​

In the process of raising our children, we parents are teaching them how to be in the world. As the big people in the family, parents have all the food, all the money, all the love, all the rules, and indeed all the power and control. If children are going to have any power, they are at the mercy of parents to give it or the child has to figure out how to take it. They soon figure out they can get the power by being good or by being bad. And because people are hard wired to react to negative behavior, bad behavior is likely to get the most intense and immediate response.

From a very early age, kids learn to fight for power and control in order to get what they want. As they get older, the fighting becomes a lot more intense in the form of defiance, lack of cooperation, hostility and none compliance. And parents wonder why.
Nearly every parent has had the urge to spank because of that feeling of a lack of control that comes with raising young children. It’s a primitive gut response to that feeling of desperation and being out of control and can quickly lead to aggression in the form of spanking. And yet, researcher have consistently found that this is the worse reaction possible because of what it’s teaching kids about how to be in the world.

In a meta-analysis involving dozens of studies and 160,00 children, Gershoff and a colleague found that spanking is linked to more mental health problems, more behavior problems, more problems with children’s relationships with their parents and more problems with how they do in school. The country's top pediatricians group found that spanking is ineffective for disciplining children and notes new studies claiming spanking can impact brain development. They believe there is evidence that it harms kids — not only physically and mentally, but in how they perform at school and how they interact with other children. Further, they cite research showing corporal punishment or harsh verbal abuse not only won't change behavior over the long term, but can make children more aggressive. A study published last year in the "Journal of Pediatrics" found spanked children were more likely to commit dating violence later in life.

What most parents may not realize is that our children watch us 24/7 and learn from us how to get what they want. When we give in or act out, the model is set and kids learn to shape their behavior like the adults around them and will be repeated by the child throughout his or her life.
The fact is, children have to learn to take no for an answer. Noone can have everything he or she wants all the time. In civil society, there are rules to be followed and situations to which we all must adhere. The issue is how parents do this while practicing the premise of No Excuse For Abuse.
The core of our job as parents to teach our children problem-solving skills and to show them that tantrums, screaming, yelling, hitting and name-calling are ineffective ways to solve problems. Parents have to step in and teach them effective ways of dealing with life’s problems. When we give power to inappropriate and abusive behavior, our children are less prepared to solve life’s problems effectively. Abusive children are likely to become abusive adults. How can they not. It’s what they know.

What’s A Person To Do?

1. If you spank, pay attention to why you do it. Maybe you’re thinking like a parent who told me “If it’s was good for my parents, then it’s good for me.” Or, “I was spanked and I turned out ok.” Are you sure?

2. It's best to begin with the premise of rewarding positive behavior. I call it “catching the children doing good. The behavior that gets the most attention will continue most often. 3. Set up rules and expectations in advance and be consistent in following through with them.

4. It’s also helpful for parents to know that aggressive and angry behaviors are normal in small children. So, parents will be more effective in setting limits when they redirect or distract the child rather than punishing, yelling or spanking.
© Rachell N. Anderson, PSY. D., June 2, 2019

Dr. Rachell Anderson is a licensed Clinical Psychologist, a Professor Emeritus and author. She taught at the University of Illinois and ran a private Clinical in Springfield for more than 40 years. She lives in Tunica, Mississippi. Check out her website at WWW.drrachellanderson.com for more articles she has written. 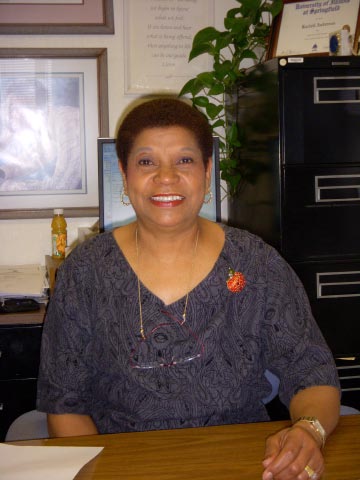